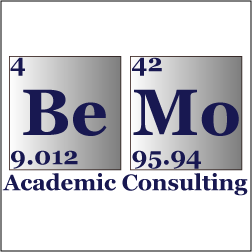 The global leader in interview prep.

Grab Yours Now Before It's Gone!

WARNING: This is a limited item offer. Claim your copy now before it's gone!

Claim your copy below now!

Here's what our students are saying:

“Thanks again for all the help! I was accepted to McMaster, Queen's, and northern Ontario!" - Jesse

"Thank you for your assistance in preparing me with the CASPer and MMI interviews! I wanted to let you know that I was accepted at Robert Wood Johnson! Please extend my thanks to the instructors who helped me prepare. Thanks again," -Jason

"I got into McGill!! I just wanted to let you know that I did my MMI and was accepted at McGill! It was the only school I applied to and I'm thrilled to be starting in August. So thank you for your help in preparing :) Sincerely," - Sameer

"Hello! My interviews went great actually. I was accepted at NYMC and UMass Medical School, both of which had MMI interview format. I will be attending UMass in the fall. Both my mock interviews gave me really good preparation and the interviewers were wonderful! So I certainly owe a lot of credit to BeMo for helping me reach my goals :) I'd be happy to write a testimonial, etc. Thank you," -Nate

“I wanted to let you know that I was accepted to U of T, McMaster and Ottawa! Thanks for all of your help!” -Kim

"Thanks for following up. I have gained admission to McMaster, Toronto, Queens and Manitoba. Sincerely," -Stephen

"I just wanted to let you guys know that my daughter was accepted to Western. She couldn't have done it without you guys. Thanks for everything. The help that she received was priceless." -Glen

"Just wanted to say thank you and your colleagues at BeMo for all the interview help. I was offered a seat at U of T and McMaster University. Best," -Manveen

"Yes I was accepted at McMaster Thanks for the support! Cheers," -Henry

"Thank you for your email. I am very grateful to have received an offer at uOttawa. Thanks again for all the help the consultants at BeMo has provided me, I truly appreciate it. Cheers," -Emma